Skip to content
Home/Online, Thoughts on a Thursday - Pastor Ken/The Windshield vs. the Rearview Mirror

The Windshield vs. the Rearview Mirror 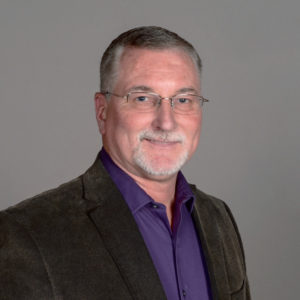 As I was driving this morning on my way into the office I took my eyes off of the road ahead and glanced into the rear view mirror as I have done countless times in the years I have been driving. When I did it reminded me of an analogy I often use while counseling.

Inevitably all of us fail from time to time. Some of those failures we are able to dismiss with ease, either we don’t see them as colossal failures or we know in our hearts they were unintentional or perhaps we believe they went unnoticed by others. Whatever the rational, we are able to let some failures roll away like water under the bridge. Others however, we deem to be epic. So large in fact that we can’t seem to let them go no matter how hard we try.
Enter the analogy…There is a reason the windshield on a car is about five feet wide and three feet tall and the rear view mirror is about eight inches wide and two inches tall. The intended use of each is somewhat proportional to their size. We are supposed to look out the big one far more than we look into the little one. Think how much more dangerous our roadways would be if we did otherwise. One simply cannot safely or effectively drive forward to any destination spending too much time looking back and not enough time looking forward.

Though you might rightly say I am pointing out the obvious here, it seems that when it comes to our epic failures that so called common knowledge actually isn’t all that common. For most of us, when we experience one of those failures we have a great deal of difficulty leaving it alone. We kick ourselves endlessly about them, we apologize, essentially asking it be forgotten but then we keep digging up the bones. Sometimes we even keep bringing it up to the one we have asked to release us from it. It makes about as much sense as putting the car in drive but staring in the rear view mirror as we try to drive away. We will not be able to safely or effectively move forward if we are constantly looking backward.

Philippians 3:12-14 read as follows in The New Century Version. I do not mean that I am already as God wants me to be. I have not yet reached that goal, but I continue trying to reach it and to make it mine. Christ wants me to do that, which is the reason he made me his. Brothers and sisters, I know that I have not yet reached that goal, but there is one thing I always do. Forgetting the past and straining toward what is ahead, I keep trying to reach the goal and get the prize for which God called me through Christ to the life above.

Paul wrote that staring at our past epic failures…or any of our failures for that matter has one unintended consequence, it keeps us from looking ahead. His solution to that was to forget the past and strain forward. This implies something. It is difficult to look forward with the knowledge of failures in the past, it requires we intentionally focus on what is ahead. Some don’t like the verbiage “forgetting the past”, they think it intimates putting our head in the sand and ignoring the mistakes we have made. That is not what I am eluding to and I don’t believe Paul was either. We should always learn from our failures. Instead I think what Paul meant was that we can’t let our past mistakes be the focus…they reveal the person we are in the natural. Instead we must make our focus more about who Christ bought us to be and who the indwelling Holy Spirit is transforming us to become. We have to spend far more time looking out of the windshield instead of into the rearview mirror if we are going to reach the goal. Remember…you have to watch where you are going or you’ll end up going where you are watching.